What is Adrafinil and How Does it Work? When caffeine is not enough, individuals go in search of stronger stimulants. However, not all stimulants are created equal when it comes to liver health

Adrafinil is a nootropic substance with stimulant properties discovered in the late 70s by a group of French scientists. Once ingested, adrafinil converts into modafinil; however, it does so by way of the liver.

Individuals can supplement Modafinil directly, but this requires a prescription. Because of this, many choose to supplement with Adrafinil as it is easier to obtain, even though it may come with a dangerous cost to the liver.

Taking adrafinil stimulates the central nervous system, which causes an increased level of alertness without the jitters associated with other stimulants.

Those who supplement with adrafinil often do so because they have problems staying awake, or have careers that require extra alertness such as shift workers, surgeons, etc. It is often prescribed to the elderly and those with sleep disorders, and has been used by truck drivers to overcome mental fatigue.

Adrafinil Side Effects and Liver Damage

Adrafinil is popular for one simple reason: it works well. It’s effects are long-lasting, and clinical trials have shown no decrease in effectiveness over time [1]. This undoubtedly makes it an ideal choice for anyone looking to increase their attentiveness and mental function with an easy-to-take and readily available supplement.

Unfortunately, some findings do show that constant use of this supplement may lead to liver damage over extended periods of time.

The reason for this possible side effect is due to the breakdown of adrafinil into modafinil, a process that occurs in the liver, which causes an increase in liver enzyme levels. While small amounts of the supplement are not shown to cause this type of injury, consistent habitual use can lead to liver toxicity and cause permanent damage.

Knowing this, it is advised that adrafinil be taken with caution due to its concentrated and powerful nature. Therefore, long-term or day-to-day use is definitely not recommended with this particular supplement. By design, the liver needs time to recover from increased enzyme levels, and over-use of adrafinil does not allow a recovery period.

Adrafinil should only be taken at the recommended dosage, 150 to 300 milligrams per day. However, it should not be taken on a daily basis, and should not be used for a period lasting more than 6 months, at least not without cycling on and off to allow the liver much needed recovery time.

Individuals who wish to extend their adrafinil usage can help their liver recover by taking supplements known to boost liver health. Unfortunately, the liver issues caused by overuse cannot be avoided, only treated. Milk thistle supplements are an excellent option as they help to protect and detoxify the liver [2, 3].

However, for those who would rather avoid the risks of adrafinil, there is another nootropic supplement available to increase wakefulness that comes without the liver damage: Phenylpiracetam. When used correctly, phenylpiracetam can be just as effective as adrafinil.

Phenylpiracetam, an analog of piracetam, is a newcomer for the racetam family, but it is already soaring in popularity. Not only that, many individuals on Reddit feel Phenylpiracetam’s stimulant and wakefulness enhancing properties are much stronger than adrafinil. 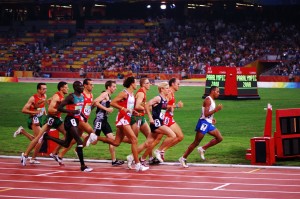 Nootropics can help your athletic performance.

Most individuals take nootropic supplements to boost cognition, to improve their focus, to help them study for a test, and so on.  However, many athletes may be surprised to find that nootropics can help them to perform better physically.

It would make logical sense that a supplement that can improve focus and clarity would have a positive effect on the body’s response to physical activity. The better you can focus on the task at hand, the better you will perform. Certain nootropics even directly improve muscle contraction and growth.

Some nootropics like phenylpiracetam are so effective at improving athletic performance that they are banned from competitive sports; others are equally as effective and entirely fine to use for any sport. So how do nootropics work with your body to improve your athleticism? Nootropics can help boost cognition, which can help you think on your feet.

Specifically, most nootropics increase acetylcholine, the neurotransmitter commonly known to improve memory and learning. However, acetylcholine also improves muscle control as well as balance. Mental and physical fitness are linked, and so a quicker and healthier brain produces faster reflexes and greater endurance.  The effects of individual nootropics on physical activity vary, however, so you will need to choose wisely.

Benefits of Different Nootropics in Sports 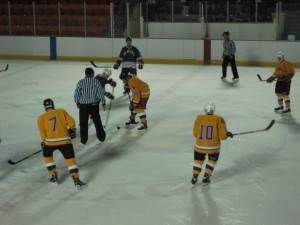 Nootropics can also help build muscle (so that you win a fight or two in hockey).

Alpha GPC has been linked to increased levels of growth hormone as well as quicker fat oxidation, meaning that it promotes muscle gains and helps to burn fat leading to improved physical performance and body composition [1].  Aniracetam, in addition to being more potent than other racetam supplements like piracetam, can help to reduce anxiety as well as increase focus [2].

Oxiracetam increases spatial learning, which helps your brain to improve physical coordination. Huperzine A prevents the breakdown of acetylcholine to improve memory and muscle control; it also increase alertness.

All of these nootropics will improve neuronal communication between the brain and body, but also have specialized individual effects.  With all of these options to choose from, it is a simple matter of picking a nootropic and seeing which is best for your sports performance.

Which Nootropics Are Right For You?

You may be curious about trying nootropics to improve physical performance, and there are many excellent choices out there.  Be careful of taking supplements that may be banned from a particular sport, but otherwise experiment and find what works best for you.

Weightlifters find Alpha GPC and Huperzine A 1% helpful in doses of 300mg and 10mg respectively, usually stacked together.  Other athletes may find aniracetam and oxiracetam useful in doses around 750mg two times per day.  Find the stack or single supplement that works best for you, and enjoy greater athletic success!