Also referred to as memory supplements, neuro enhancers, or cognitive enhancers, nootropics have become the center of attention in the supplement community in the past few years. There are various classifications of nootropics that use different mechanisms of action, one of the most popular being those from the racetam family.

Nootropics have a variety of effects, such as sensory enhancement. Before we go into that, let’s have a brief overview of 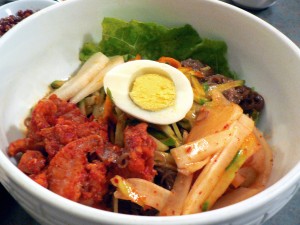 the most common nootropics and their uses.

Common Nootropics and Their Uses

Piracetam– a derivative of the neurotransmitter gamma-aminobutyric acid (GABA), this nootropic belongs to the racetam family and is usually used as a brain booster. Piracetam also has neuroprotective and anticonvulsant properties and also improves neuroplasticity. Dosage is 2-6 grams per day.
Uses:
• Slows deterioration of the brain
• Improves alertness, socialization and I.Q
• Increases memory and verbal learning

Aniracetam– a fat-soluble racetam (thereby fast acting) memory supplement that impacts IQ and creativity. Aniracetam is also known to have a period of effectiveness between 6-7 hours. It also is said to have stress-relieving properties.
Uses:
• Potentially benefits memory formation
• Improves judgement and mood qualities

Oxiracetam– another member of the racetam family that appears to improve brain function.

L-theanine– an amino acid that is involved in inhibiting stress, anxiety, worry, and nervousness.

Choline– a common supplement among nootropic stacks because of its ability to increase the levels of the neurotransmitter acetylcholine which is usually depleted with the intake of some racetams.

Now back to the question of whether nootropics can have sensory enhancement abilities especially in the area of taste. The bottom line is that there is no conclusive evidence as to the ability of nootropics to enhance taste in particular. However, nootropics in the racetam family have benefits including increased sensory perception. Users of nootropics report effects such as enhanced vision (colors and objects become more vivid), enhanced hearing, and enhanced touch. Aniracetam is also among the nootropics that users claim to have sensory enhancement benefits. Other nootropics with this effect include Piracetam and Noopept.