Centrophenoxine is an ester of pCPA and DMAE and is used for its abilities to enhance memory formation and also its neuroprotective properties. Centrophenoxine reduces lipofuscin which is the buildup of potassium that is the cause of brain cells becoming less efficient and dying. It is a choligenric compound which is lipid soluble and contains DMAE. Centrophenoxine also increases oxygen and glucose uptake in the brain and the increase of glucose uptake results in centrophenoxine helping to rectify the damage done to the brain that comes as a result of aging. It is said that the brain uses 20 percent of the oxygen available in the body and if the oxygen levels in the body become deficient then the brain does not operate as well as it could. So by increasing the flow of oxygen to the brain, centrophenoxine helps to increase the efficiency and productiveness of the brain in general. 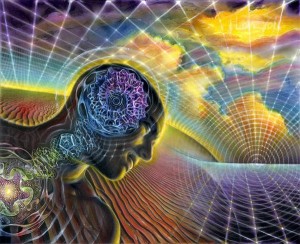 However, centrophenoxine does not only help improve memory but also helps to protect memory and it is said to possibly reverse the effects that come as a result of aging of the brain. It also increases RNA which is used by neurons to create protein which is used to repair damaged cells in the brain. There have been studies done that show that centrophenoxine increases acetylcholinesterase activity in the brain stem in aged rats. What this essentially means is that the increase of acetylcholinesterase activity could be implicated in the reversal of neurodegradation. A double-blind study showed that centrophenoxine improved the cognitive performance of people who were suffering from age-related mental decline.

Overall, centrophenoxine improves cognitive functionality in the brain and also increases levels of serotonin, noradrenaline, and dopamine. Additionally, it is able to improve mood and can lead to a feeling of general well being. It also helps to support short-term memory due to the release of acetylcholine and some even think that it helps to promote the production of RNA. Also, it is thought that centrophenoxine helps to improve neuron fluidity and communication. This improvement links up with general thinking and cognition. Centrophenoxine powder is also thought to be a strong antioxidant and able to scavenge free radicals within the brain. There are also researchers who think centrophenoxine could help to alleviate cellular damage that comes as a result of different types of toxins.

Cenotrphenoxine dosage is generally 250 to 3,000 milligrams daily. It is normally taken in doses that are equally divided throughout the day.

It is not recommended to take centrophenoxine at night or before you go to bed. It is smart to start out with a lower dose and increase gradually. Cycle off for a few days every 10 days to prevent excessive acetylcholine buildup. Centrophenoxine side effects could include muscle aches or pains which could also be the sign of overdose.

Benefits of Sulbutiamine and Caffeine Nootropic Combo
Is the Media Ruining our Memory?
Is it Possible to Make Up for Lost Sleep? Researchers Say No
A Review of Nootropics Use in Sports
Part 1: Top 4 Nootropic Supplements for Studying
Nootropic Showdown: 5-HTP vs L-Theanine