Noopept was the first nootropic that I experimented with, and, as I can see now,  it was a very good first pick. I first found this supplement after poking around the internet while trying  to form a solid understanding of everything that was available for me in the new world of nootropics.

After a while, however, I became anxious and decided to get what sounded like the most effective, I mean why shouldn’t I just go for the best option right out of the gate? With this in mind it should be pretty understandable why the one billed as “1000 times more effective than piracetam” obviously got my attention right away.

The first batch that I ordered was 1 gram along with some sulbutiamine and a scale (by the way, you can get a neat little milligram scale for under $10). I started with small doses at first and found the effects mild, but positive. The only effect that was not mild was the new, greater sense of smell I attained. I also felt generally more energetic but in a mental rather than physical way, like I was ready for a really tough test or an intense study session.

After about a week the effects began to grow, but even sticking to the 10 to 30 mg doses I had been taking less than three times a day I quickly ran out of the single gram that I had purchased. Of course I decided to order more immediately and patiently wait for it to arrive, noticing that the effects lingered and slowly went away. After a few mix ups in the mail, my shipment came in and I went to work with a tactic I read about whereby users took noopept powder in large doses (100 mg twice a day).

Watch this review to see others’ experiences with noopept. Note the mg scale!

The first time I tried this I dosed late and went out drinking with some buddies afterwards. I fell asleep just fine but soon awoke to music in my head. Although I was able to change the song at will, I couldn’t stop the incessant playing of music. It was the worst case of having a “song stuck in my head” that I have ever experienced. It was honestly a miserable experience because I couldn’t take my focus off of the songs spinning in my head. I struggled to get back to sleep and decided to never take a mega dosage of noopept powder that late ever again. I would recommend the same if you value your beauty rest.

I kept mega dosing through the day and that brought a great amount of positive effects for me. I was generally quicker in my thinking, but the effects subsided much quicker than with the smaller doses spread out over the day. At this point I began to realize that these large doses were beginning to burn me out.

In the end, I switched back to the more conservative doses that I had started with and oddly enough, the effects came back in noticeable strength, but nothing like they were when I first started the supplement.

I started doing more research and found that noopept was originally developed to heal brain damage caused by alcohol use as well as some other conditions that cause damage to the brain. [1] I bring this up because having been a heavy drinker for several years and continuing to drink a little from time to time, I suppose a major reason I had initially experienced very strong results was through the noopept kicking my brain back into a healthier state.

What is Dimethylaminoethanol (DMAE)?

Dimethylaminoethanol (DMAE) is a nootropic compound that promotes cognitive health by reducing the build up of “age pigments.” These pigments impair different cognitive functions and this build up causes mental decline over time. It also serves to protect neurons and other cells from the harmful effects caused by oxidation. [1]

DMAE is also one methyl group away from being acetylcholine, an important neurotransmitter that serves to regulate basic cellular function. However, there is some controversy as to whether or not it actually converts into acetylcholine in the brain. [2]

The reason people love this supplement is that acetylcholine can improve mood and increase vigilance, and who wouldn’t like to feel a little better on a daily basis? [2]

At first I was wary because of some negative responses that I found on a few online forums. These side effects include confusion, drowsiness, and elevated blood pressure. There have also been cases of headaches and muscle tension due to heavy use. However, many of these side effects were only noted in very few test participants, so I felt confident that any negative effects could be easily dealt with by cessation. [3]

To start out my trial I administered the DMAE at a 200 mg dose and mixed it with water. I noticed that it has somewhat of a sour taste, so it could probably be mixed with a citrus flavor for those that find it too strong. I didn’t notice any immediate effects, but that night I felt more awake. I continued taking it in the morning to see if the effects continued. 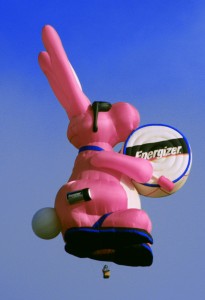 The next several days were very high energy for me. I typically need an afternoon nap, and I rarely have an entire day where I don’t feel run down and sleepy at some point. This is why I believe the unusually high energy effect was due to the DMAE even though I had no placebo control in the relationship to the dosing in the following days.

Now, allow me a moment to comment on the proper DMAE dosage. The generally effective range is 50 mg to 300, quite a large range; individuals would do well to start on the lower end to see how they react before increasing. Unfortunately, I found this out the hard way, as I chose to start a little high at 200mg, which might have been my downfall.

After continuous use for almost a week, I feel like I hit a DMAE wall.

Instead of high energy coming after a dose, I began to feel foggy and drowsy within the hour after my daily dropper full of DMAE supplement. This continued for almost a week. To remedy this I took a choline source with it (Alpha GPC) and the drowsiness went away.

Eventually, I started taking smaller doses of DMAE (around 50 mg) and only sparingly. This seems to be the sweet spot. I get more out of DMAE now than when I was taking 200 mg all of the time. The stimulating effects are still there, but without the general grogginess that overtakes it. I would highly recommend taking smaller doses and only going higher if you desperately need the extra push and even then maybe take a day or two off afterwards.