Phosphatidylserine is another supplement that has received a lot of attention in the past few years. There are a number of helpful benefits associated with it including an improved memory, mood, and a number of other cognitive functions. However, there seems to be a debate right now over which type of source makes for the best supplement. The two choices are soybean or bovine (cow) derived Phosphatidylserine. In order to make an informed decision, it is helpful to first know the benefits of this supplement.

This supplement is actually a natural ingredient or component of the membranes of living cells. This substance is found in the cell membrane of neurons (brain cells). Phosphatidylserine comprises as much as 10 percent of the lipid content of these cells. While it is possible to obtain this ingredient from food, we do not actually get very much this way. Average daily consumption is around 100 to 150 mg.

This supplement is thought to regulate how brain cells work and process information. This is done by these membranes actually controlling which nutrients are used by the brain and which are passed out as waste products.

Another excellent benefit of this supplement is that it helps to improve communication between the various brain cells and hemispheres. This communication is thought to occur by increasing the number of receptors and increasing the production of Acetylcholine, a powerful neurotransmitter that plays a key role in memory formation, learning, and other cognitive functions.

While taking this supplement, memory is enhanced and so is the general speed of recall. Many users also report having much improved clarity and speed of thought. Attention span is increased and so are the abilities to concentrate and focus.

In the past, most Phosphatidylserine was produced from bovine or cow sources. The raw ingredients were actually extracted from the brains of cows. Currently, most of the product on the market is soybean derived due to the FDA concerns about things like mad cow disease and other health issues. Almost all of the studies indicate the excellent benefits of this supplement were performed a few years ago using bovine derived sources. 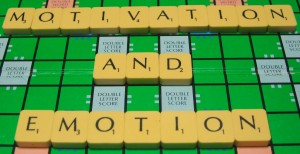